The Committee to Benefit the Children was established by Joanne and John McKeever in honor of their son, Johnny. Johnny was diagnosed with aplastic anemia in February of 1980 and later with leukemia. During Johnny’s fight, Johnny’s parents saw the many families in need of “creature comforts” and emotional support. John, Joanne, and Shelly Berkowitz, another oncology parent, founded the CBC in April of 1980.

Johnny left a positive impression on everyone he met. Dr. Halligan, Chief of Oncology, still remembers him fondly as a smiling face, always helping others in the clinic. After numerous hospital stays, blood transfusions and attempts for remission, there were no bone marrow matches, and the science was not what it is today; Johnny died at St. Christopher’s on October 5, 1982. He was 12 and a half. Johnny’s social worker, Joan Rolsky said, “Most people run away from a bad experience; John choose to face it head on.”

“CBC was an outlet for the frustration we and all the parents felt, who were so helpless and powerless to do something to change the outcome. It was a source of community, and if a party for the whole family or new toys in the waiting room brought some happiness, then it was worth it.” – Joanne McKeever.

The founders of the Committee to Benefit the Children quickly realized car wash fundraisers weren’t enough and established the first annual event for CBC, The Philadelphia Art Show. Events like The Art Show shed light on the great work that St. Christopher’s was doing and brought support from family, friends and strangers to the many families of the hematology/oncology unit. To date the CBC has raised over four million dollars through donations and fundraisers. The CBC has stayed true to its mission over the last 37years by providing resources for treatment, care and family support to the children at St. Christopher’s Hospital in Philadelphia. The Committee to Benefit the Children is dedicated to improving the lives of the children and their families.

Take a moment to learn more about the CBC 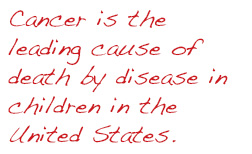 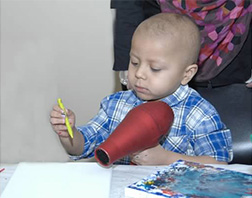 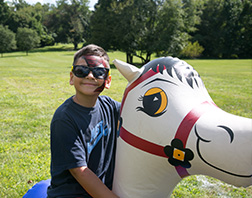